Someone I knew once commented that gardeners are optimists, looking ahead to possibility and planning for growth and a future reward. As I gardener, I do recognize this in myself, and the excitement that comes as seeds are purchased and started for the upcoming season.  I started my tomato seeds last weekend, under lights and heat, with the plan of transplanting them into protected and warmed soil at the end of April. Attempting to extend our Colorado growing season so I can have the delicious reward of garden tomatoes this summer.

As many of you may be aware, we had a big storm this week–a “bomb cyclone” winter storm. My town was brushed by the storm, having rain, snow and high winds, but much less severely hit than other parts of the state and the midwest. Mild version or not, this is what one of my raised garden beds looks like now, two days after the storm. Not ready for planting: 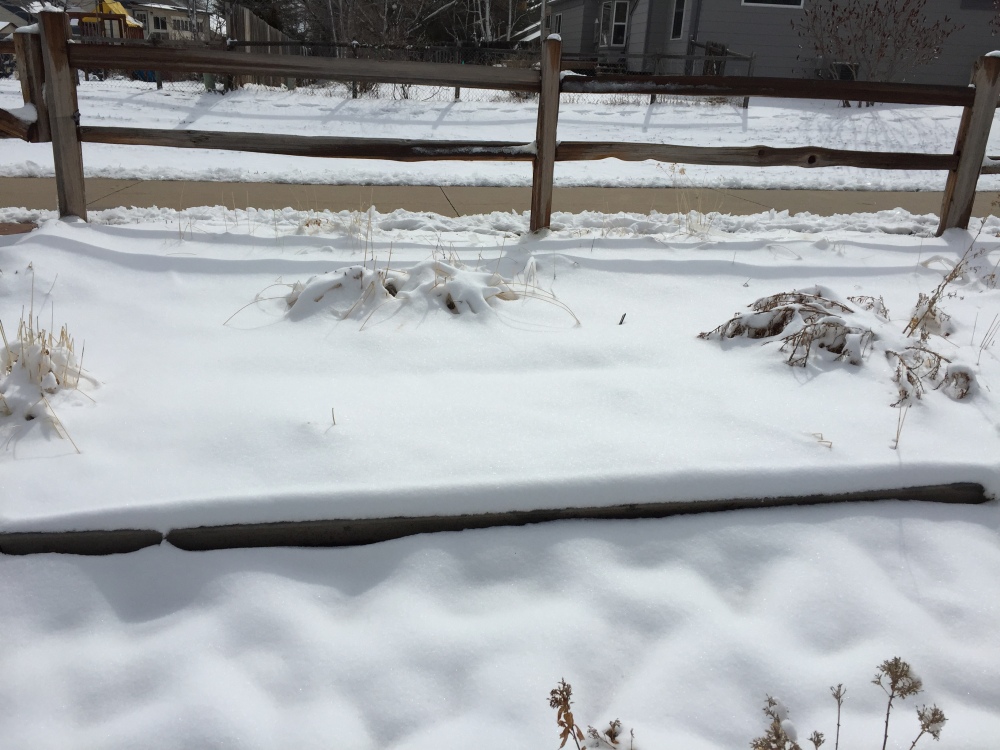 While down in the basement, my seeds are sprouting, despite the wintry weather:

Come July, if things go as hoped and planned, I’ll be harvesting tomatoes.  It’s a good year when the little tomatoes are ready in July, and the big ones in August.  Stay tuned!

Here are the packets of seed and possibility that are sprouting: 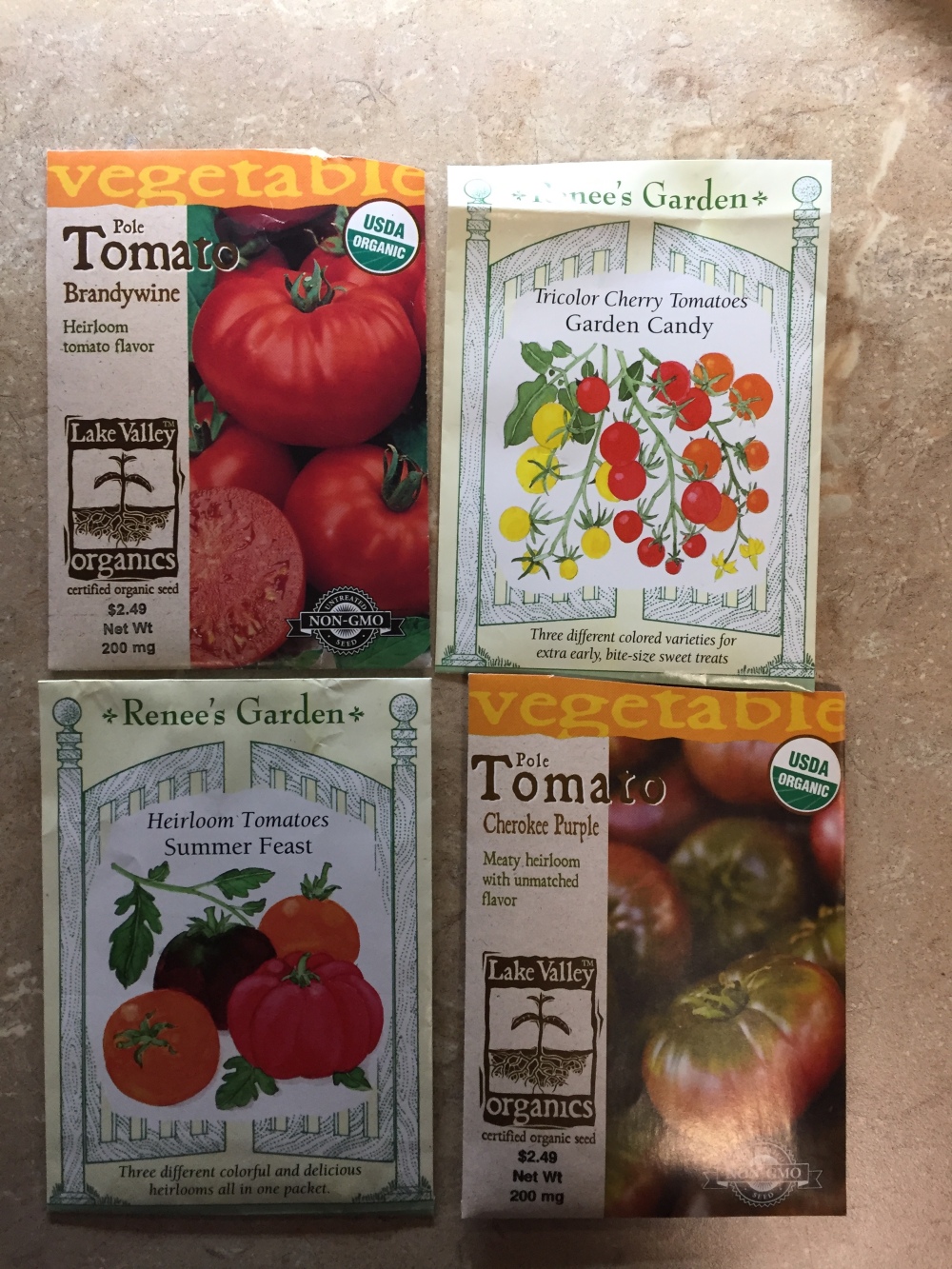