Skip to content
Posted on January 25, 2018January 26, 2018 by curioussteph
Meadowlark was one of my first posts, number 6, posted on July 5, 2017.  I’m reposting it today, in response to the daily prompt of Trill“>Trill.
I do love the trill of the meadowlark, and now, in cold and snowy January, its missing. I run the same trails, but with a much different soundtrack, the squeak of snow and the crunch of ice under my shoes. Birdsong is limited. I mostly hear the geese who winter over on nearby Harper Lake honking overhead from time to time. The photo just below shows the trail two days ago, I’m hoping its less snowy today. I’m appreciating the contrast between a July and a January day. Each has its virtues, and I am eagerly awaiting the return of the meadowlarks. 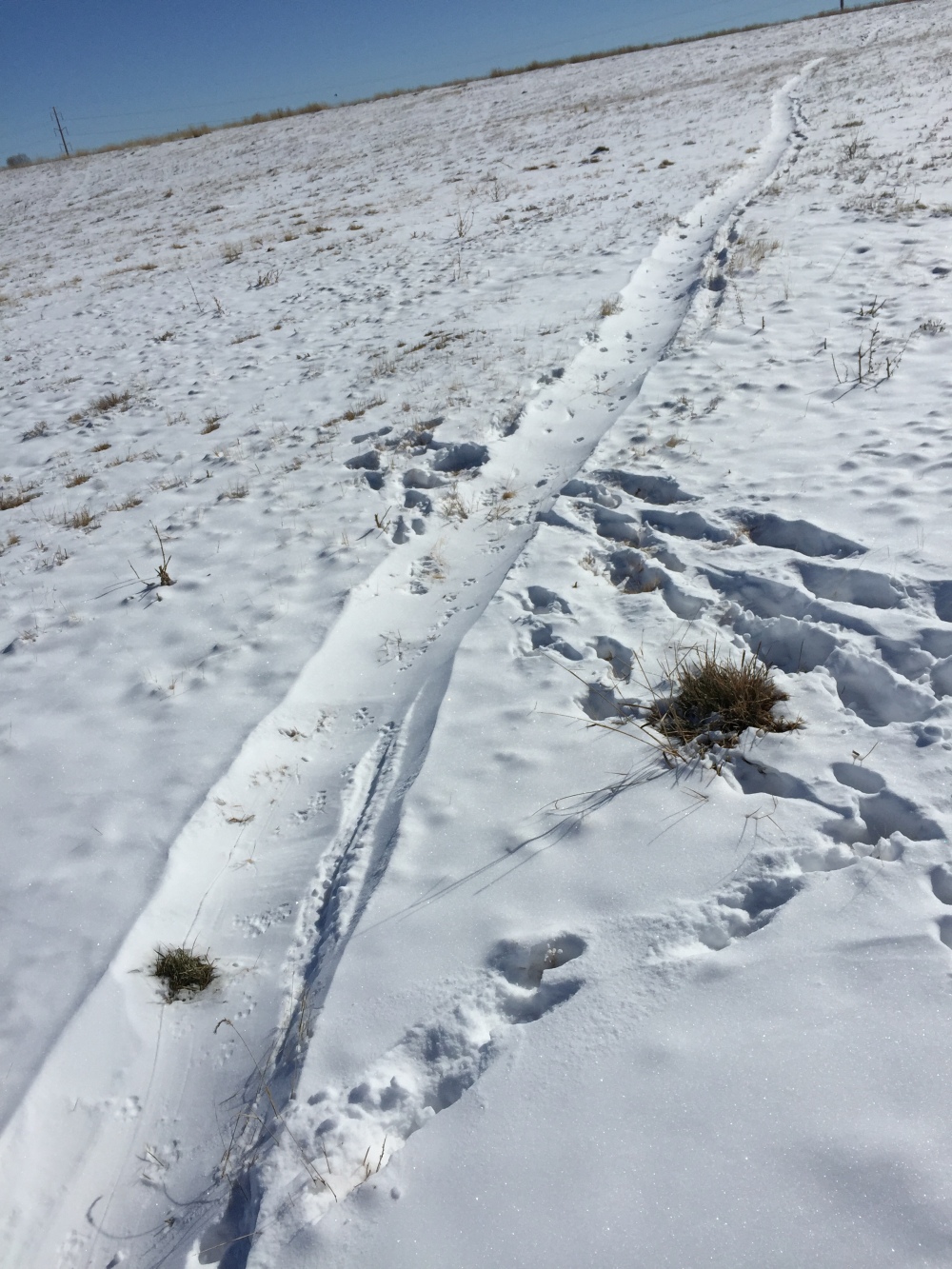 The song of the western meadowlark is a quintessential icon of summer for me.  Mornings as a child, it was a part of the soundtrack, and now, when I’m outside, hearing it again brings a smile. I relax and remember that the day is full of possibilities. Here’s the song, taken from the Audubon Society’s website:
Audio © Lang Elliott, Bob McGuire, Kevin Colver, Martyn Stewart and others.
I have the great good fortune to live in a town with public open space and many interconnecting trails. I go out my back gate and am on a path, several options before me.  As I am just beginning to run, I truly appreciate being able to run primarily on unpaved surfaces, connected to the natural world; grassy fields, small ponds, trees, and wild creatures.  Mornings, the birds are most prominent, meadowlarks, redwing blackbirds, robins, ducks, geese, herons, hawks and squawking grey jays and grackles.
Greeting the birds cheers me and makes it easier to focus on running with less emphasis on the discomforts. It becomes easier to assume my place among the many on this earth.Other encounters also cheer; the small creatures, primarily rabbits and squirrels, and other humans, out for a run, walk, bike or kayak. A quiet greeting of respect and acknowledgement adds easy connection.
There are additional reminders along the way of other’s lives and experience, a small stuffed animal on a bench, or a memorial bench with a name and tribute etched into its sandstone. Many journeys and travelers, overlapping in space.Exuberant dogs race about the dog park, their humans romping with them or watching quietly, leaning on their canes. The cross country teams prepare for their training runs. Serious bicyclists zoom by on their training rides or their commute to work.
Then there is the ever changing array of plant life and their blooms. Currently, there are a lot of thistles, yucca, and wild sweet peas. Each time I ride my bike on the mesa, there is a change. Whether it is in the sky, the melting of the snow on the peaks in the distance,  I, too, am different each day, and like the song of the meadowlark, this also brings me joy.
One more January update: after the first version of this went up, a friend who sees this on facebook noted that she and her husband were walking last week a few miles east of me and they saw and heard “two very confused meadowlarks”!  Thanks, Nancy!